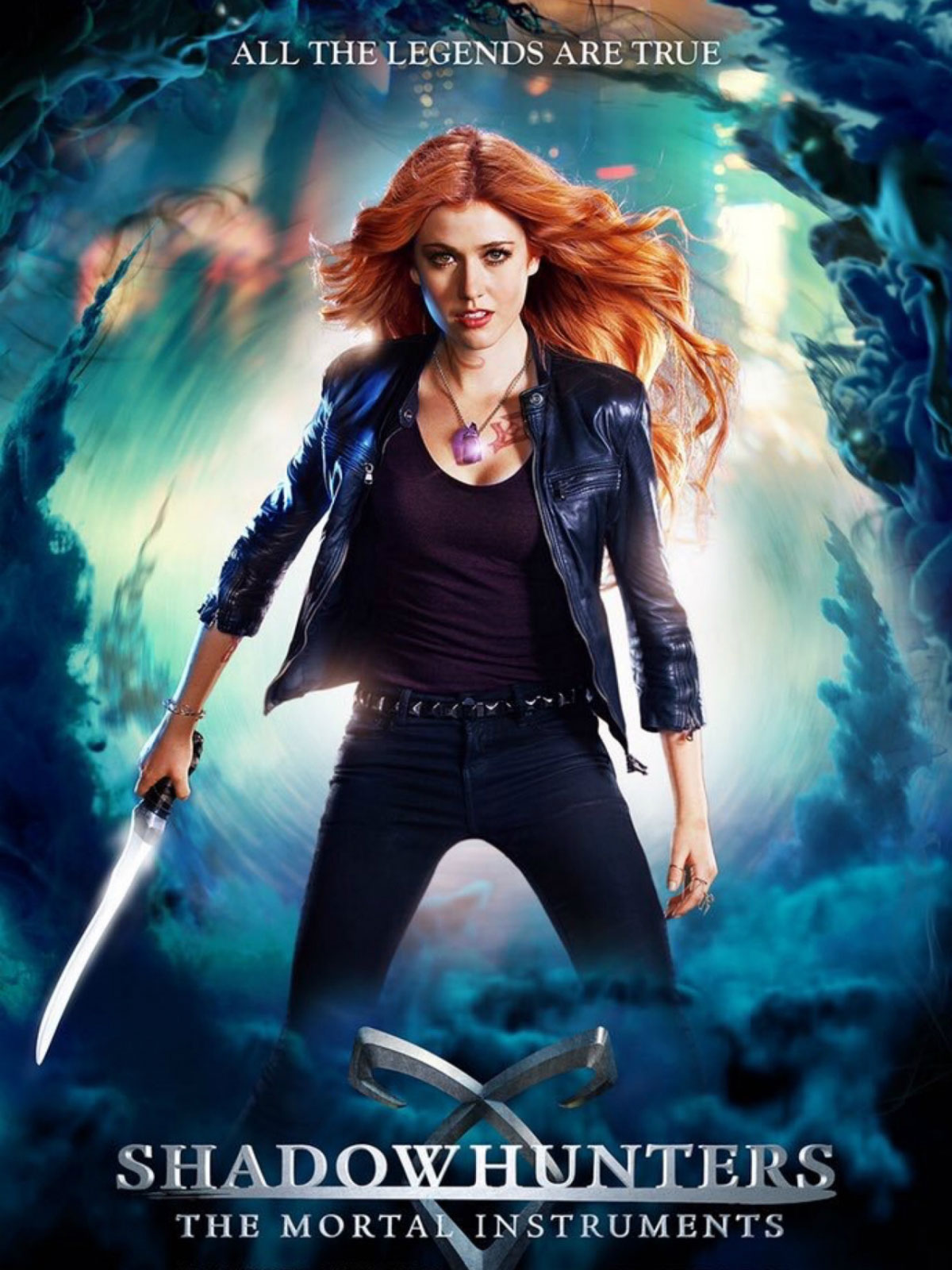 I did not expect this…

But I am pleasantly surprised.

I mean, I was really sceptical when I began watching this but I actually enjoyed it. My expectations for the series was really low, since we all remember what a disaster the movie was and there were a few things that bothered me, but other than that, I actually had fun watching this.

There was a strong undercurrent of the same theme: family is important. But then, while sporting this theme, it also adds that blind loyalty isn’t a good thing. All our main characters are incredibly loyal to each other, not turning on their loved ones when times turn bad. I think those are good messages to send…

A whole star for this catagory.

We get a good sense of what the Shadow World is like, the prejudices werewolves, vampires, seelies, warlocks and shadowhunters all have against each other, and how behavior that differs from the norm is frowned upon.

Something that knocked me off kilter in the beginning is the use of technology in the series. And let me just say: the seraph blades looked ridiculous. The things looked like plastic with a little LED light built into the blade…

And did I mention that the portals were purple…?

Half a star for this catagory.

A lot of the emotional outbursts were deserved, even though I think a few of them were a bit too dramatic. The conversations were stilted and awkward, but there were a few beautiful moments.

A whole star for this category.

Overall, yes. In some episodes, it felt like the writers were just making stuff up to fill the episode. Yeah, most of the events were part of the entire storyline. But some just seemed like fillers. And those fillers weren’t really interesting…

And can we talk about the runes? There is no such thing as a shapeshifting rune, is there? There’s a glamour rune that casts an illusion over you but that’s it, I think?

Since there isnt really a way to review the writing style, I’ll just review the casting, the props and the costumes.

The costumes seemed on point for me, since shadowhunters tend to dress in only black. Izzy’s outfits felt like a little too much, at times but other than that, everyone else looked the part. Especially Magnus.

I felt like the casting was done well. Katherine McNamara as Clary was well done, she seems to have as much fire in her as Clary does. Dominic Sherwood sure looks the part of Jace, but since he’s a Brit and he’s faking an accent, the way he spoke really irritated me. His mouth moved way too much during speaking, and Americans don’t move their mouths around that much but he sounded like an American, so I got over it. Emmeraude Tobia and Matthew Daddario could pass for brother and sister, and I really liked their on-screen scenes together. Harry Shum Jr. looks like he was born to play this part: he looked exactly what I thought Magnus would look like. Alberto Rosende fits Simon perfectly, being nerdy while being awkwardly charming. Isaiah Mustafa was just such a calming presence as Luke, and even better than what I imagined in the books.

Some of the effects were just so bad… And the props were horrible. Angel blades do not look like plastic toys with LEDS in them. Shape-shifting runes do not exist but glamour runes do.

But I have to admit: the stele looks waayyyyy better in the series than what I had imagined. I just can’t get over the seraph blades…

Half a star for this catagory.

3 and a half stars…way better than I expected, to be honest.

I’m currently watching the second season and it’s way better. Go watch the series if you’re a fan of the books; it gets better. You’ll recognize the story but there will be new snipets you won’t recognize.

Now, I leave you with one of my favorite quotes that made it from the books to the series:

Shadowhunters : Looking better in black than the widows of our enemies since 1234