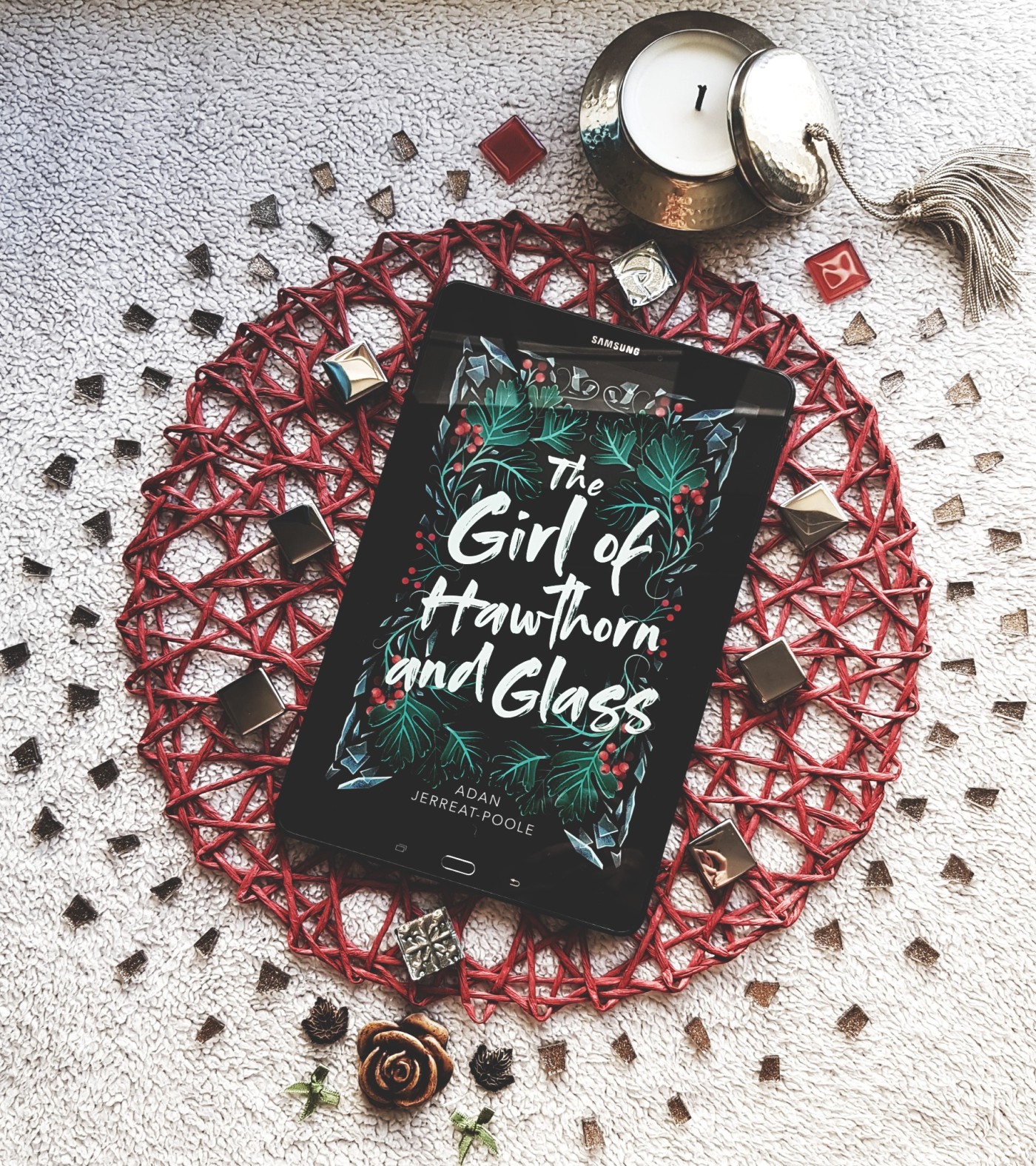 Title: The Girl of Hawthorn and Glass

The description of this book made me so excited for it, not to mention that the cover is beautiful.

This story and world have the potential to be amazing. It’s weird, it’s different, it’s fantastical.

The characters were way too flat and underdeveloped, I can barely even remember all their names. We only have descriptions for the world, no history about the place or people at all. The story had no time to settle and was incredibly rushed, which mean that it had terrible pace. The writing was different, and I liked it, but at times it was too metaphorical, and I had no idea what was going on.

The few strong aspects of this book were its diverse cast and unique setting.

As I mentioned above, this story really does have the potential to become something amazing. Ignoring all the bad things, it was an interesting story. If the author had taken some more time to explain the story and make sure that the pacing wasn’t too fast, I would have loved it.

The pacing was too fast for worldbuilding. There were no breaks for the author to build a solid world and I’m disappointed because I would have loved to find out more. The City of Eyes is Coraline-level weird.

And I love Coraline, which says a lot about the comparison.

I want to know the history. I want to know about the hierarchy because at the moment I have absolutely no idea about how it works. I want to know more about the people living in the city; are there many people? I don’t know since it felt like only the children, Eli and her mother lived there.

I can sort of understand why the author left out so much of the world-building. There is lots of advice saying cut out the boring stuff and yes, world-building can sometimes be an effort to read through, but its necessary for a book to have it. I’m not sure what genre this book is, urban fantasy I guess, but fantasy book are supposed to be long. They need substance. At the beginning, I felt that this book was too short and I was right. It barely reaches 300 pages, which is definitely too small for a fantasy.

But once again, it does have the potential.

The main character is called Eli. She’s a made-thing belonging to the witches and is employed by the witch council to hunt down rogue ghosts. She’s supposed to be tough, merciless and focused. Pretty cool.

Instead, she’s bland and boring. When she’s around her mother, her narrative is written in ‘formal’ way, but when she speaks to Cam, she’s uncharacteristically witty. It just comes out of nowhere and doesn’t fit her character.

Tav, at least, is pretty consistent. They are cool and calm, and toughened by the world. If anything, I would have liked to find out some more about them. Cam was the comic-relief, and he reminded me of Chubs from The Darkest Minds. He was sweet and awkwardly funny, which I appreciated.

There is definitely something to be said for diversity and LGBT+ representation in this book. Nothing is forced, but rather everyone feels like they fit well into the story.

Since there were no pauses in the story and the characters were flat, there was no one I could become attached to. I didn’t really care about the story or where it went, or whether these characters would make it to the end.

The writing was different from anything I’ve ever read, and the descriptions were weird, which fit with the weird setting but at times it was too metaphorical so I couldn’t really understand what was going on.

This book was definitely a disappointment for me, but I’m sure my next read will be better!

Have you read The Girl of Hawthorn and Glass? What did you think?

Till we meet again!

*I received this arc from Netgalley in exchange for an honest review.

Alexia's ReaderRank
Alexia has reviewed 152 books with an average rating of 3.919 out of 5.
129 people have found Alexia's written reviews to be helpful on Goodreads.
See more...

Top 50% based on reading volume